Despite the recent October Bisley shoot, some OSRA members were keen for more practice. Given the noticeable success of the British Young Shooters Association’s past events, it made sense, as a young rifle club, to attend and shoot alongside fellow young marksmen.

With 150 young shooters in attendance, OSRA was the only school alumni rifle club to make an appearance. Chris Dale, Chris Pawlik, Harrison Sharpe, Richard Cantillon, and Chris Youngman represented OSRA at the Bonfire Bonanza. Anthony Bromley joined as a coach, with the intention of improving his wind reading skills.

With all the OSRA members having bought new jackets from the BYSA Chairman, Richard Stebbings, they were ready for a weekend back on the range. Shooting at 600x, great scores were achieved by all our shooters. Chris Dale scored a solid 46.1, Harrison Sharpe scored 32.1 (/35.7), and Richard Cantillon knocked in a remarkably impressive 47.5, the high score of the weekend. Chris Pawlik should also be commended for his steady shooting of 45.1 and 45.2.

The sun sets, but we continue coaching

Chris Dale was the only Old Suttonian to have time to shoot at 1000x. Self-coaching in considerably difficult wind, Chris scored an incredible 47.1/50.10. This is a fantastic score that is all the more impressive because Chris coached himself. A great achievement for Chris that shows the talent of his school days can still shine through.

Socialising with Durham University and Exeter University, the OSRA members made the most of their time off-range. It was great to see the Old Suttonians shooting alongside, and in many cases better than, these other young shooters. We look forward to competing against them in 2019 competitions, and to building inter-club bridges. 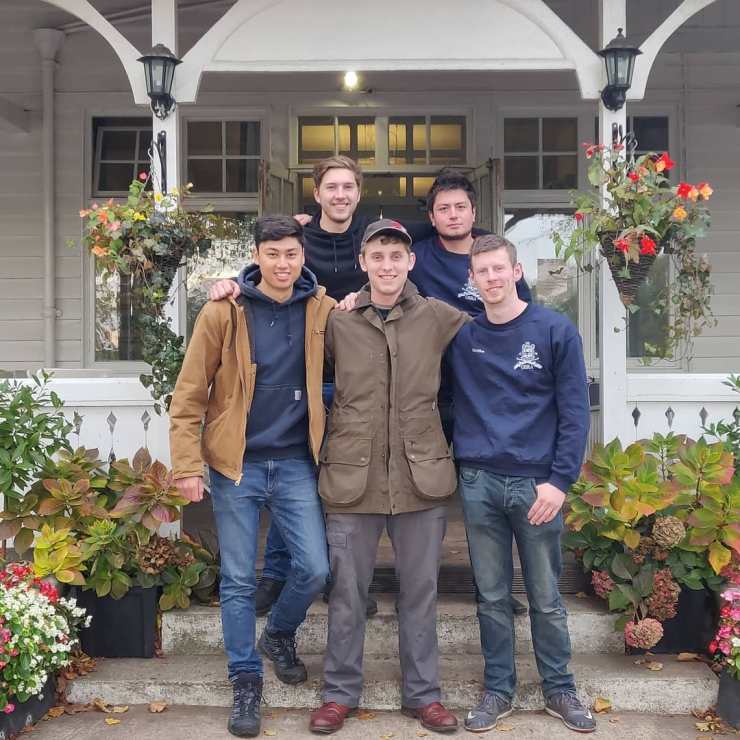 The OSRA team at Bisley in front of the Army clubhouse

Our thanks must go to the BYSA and its committee, without whom this weekend would not have been possible. If you are at all interested in getting into shooting, the BYSA supports a variety of disciplines, from fullbore and smallbore Target Rifle, to Civilian Service Rifle and even Historic Firearms. The BYSA is the only institution in the UK that supports young shooters to get into the largely inaccessible sport of rifle shooting.

For more information, look on the BYSA website here, or email Richard Stebbings at chairman@youngshooter.co.uk.